In this article (in french), I wrote 6 months ago, I was searching for a mockito-like syntax to stub only one method of an object instance under test. Mockito brought it in it’s latest version. 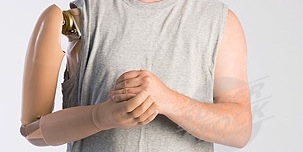 Here is a recap of the need:

This is what I usually write to mock a method of a real object (usually to return a mock):

This is clear enough but in real life, it tends to be more complex than in this example. Let’s say that CopyFileRule is Serializable, that createFileTemplate takes arguments that you’s like to check and that you use mockFileTemplate outside of CopyFileRule. Here is what the code would look like:

Mockito 1.8-rc1 introduces real partial mocks which are exactly that.

You create an object instance calling one of its constructors and you tell Mockito that you are willing to change some methods for this instance :

You replace a method:

Exactly the syntax I wanted! And it works for public AND protected methods, wether the method is called from the outside or the inside of the spied object.

There is only one caveat to this syntax. The real rule.createFileTemplate() method will be called once. This can have a lot of side effects and might even fail throwing an exception (very often a NPE). To solve this, you can (should?) use this alternative Mockito syntax:

A final warning: partial mocks should be used with caution. It’s powerful but can lead to poor design.

Shameless plug: Prototype based languages can do this natively. It might be the time to try Ioke